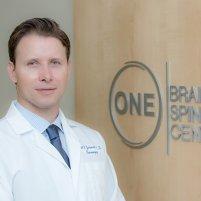 Scoliosis refers to an abnormal curvature of the spine. The spine curves abnormally to the right or left side and also involves a twisting or rotation of the bones in the spinal column. Scoliosis can occur in children, and most commonly is associated with growth spurts. When scoliosis occurs in adults it typically is due to degenerative processes. Spine fellowship-trained neurosurgeon Pawel Jankowski, MD, in Irvine and Newport Beach, California, specializes in treating patients with scoliosis and spinal deformities. To find out more, call Dr. Jankowski today or book an appointment online.

The human spine normally curves to aid in stability or balance and to assist in absorbing shock during movement. These gentle curves can be seen from the side or lateral view of the spine. When viewed from the back, the spine should run straight down the middle of the back.

Some lordosis is normal in the lower portion or, lumbar section, of the human spine. A decreased or exaggerated amount of lordosis that is causing spinal instability is a condition that may affect some patients.

Symptoms of Lordosis include:

This condition is diagnosed when the patient has a rounded upper back and the spine is bent over or curved more than 50 degrees.

Symptoms of Kyphosis include:

The most common of the three curvatures. This condition is diagnosed when the spine looks like a “s” or “c” from the back. The spine is not straight up and down but has a curve or two running side-to-side.

To learn more about Scoliosis, please click the button below